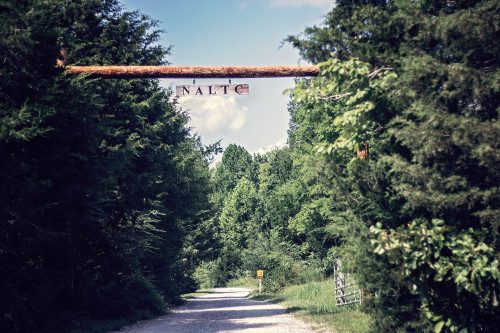 Back in 2006, 40-year Journeyman Lineman Gary Roberts realized there was a substantial need to encourage and train the next generation of line workers. Gary’s diverse domestic and international career gave him the idea of the first-hand need for comprehensive training focused on safety in the dangerous, exciting, and lucrative field of line work. Thus, the idea of North American Lineman Training Center (NALTC) was born.

During the formative years of NALTC, Gary handled the instruction of the classroom curriculum and fieldwork. His business partner and wife, April, managed the oversight of critical administrative duties. Authorized by the Tennessee Higher Education Commission (THEC) as a post-secondary institution of higher learning, April helped Gary run and build NALTC into a premier educational facility. Throughout their tenure, the Roberts family successfully ran NALTC until its sale to new owner Andy McComas in 2014.

Since that time the footprint of the school has grown substantially, and now NALTC operates as one of the largest trade schools in the United States and the largest in Tennessee.

NALTC’s sole campus is located in McEwen, Tennessee. The campus itself is spread out over what once was a 115-acre cattle farm. Currently the buildings, training yards, equipment, pole stacks, and student recreation area are all self-contained on the 115-acre property. Not only do the students receive a top-notch education at NALTC, but they do so in some of the most beautiful countryside Tennessee has to offer.

HISTORY OF THE LINEMAN 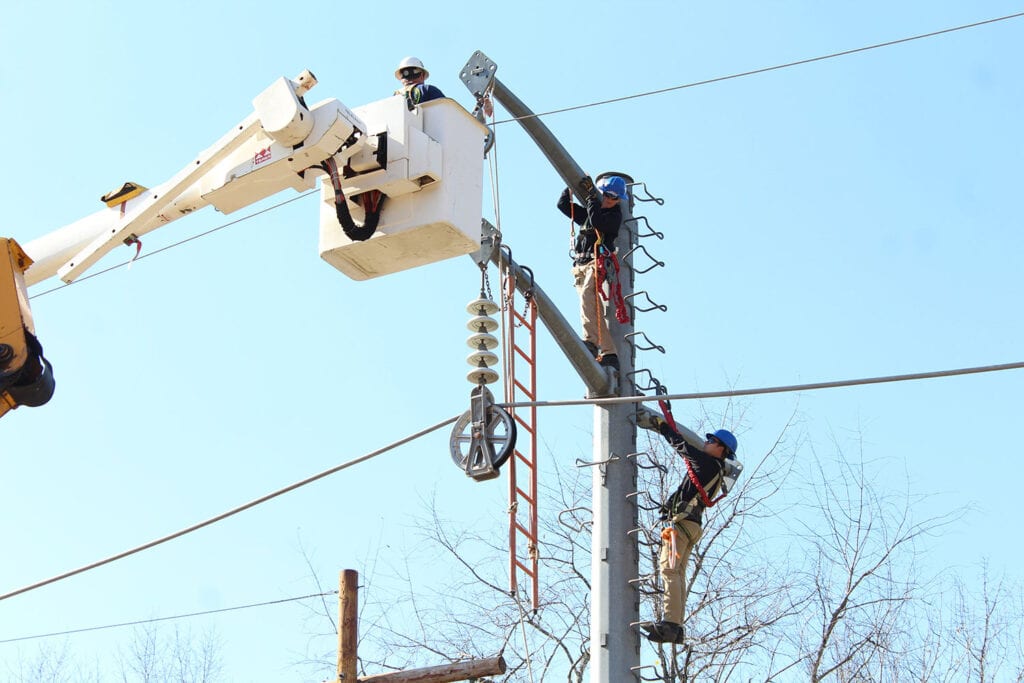 With the introduction of the telegraph in the 1840s, and the invention of the telephone in the 1870s, there came a need for men to expand the distance of communication by putting up poles and stringing wire across them. The word, “lineman”, was acquired to refer to these men. Between the 1890s and the 1930s, and the advent of electric power as a useful form of energy, this job was considered to be one of the most hazardous of occupations. Many would lose their lives due to electrocution and because there wasn’t adequate training for this job.

In the 1930s, many linemen traveled around from job to job, and became known as “boomers”. They were known as risk–takers, and hard workers, with a strong sense of pride in their work. They would often make enough money to live on for a few months and then “boom out” somewhere else on a new job. The formation of labor organizations, like the International Brotherhood of Electrical Workers, was developed to represent the workers and advocate for their safety.  Better tools, safety procedures, and safety equipment were introduced and implemented, along with the need for a “lineman apprenticeship training” program.

By the 1950s, not only did the lineman work on wood poles to deliver power to customers, but the “underground” was becoming a popular method of power delivery to customers as well, adding to the already complex job of a lineman. Today, the term “lineman” has evolved to include a wide array of job possibilities all over the world. Working conditions have improved to include better tools, equipment, vehicles, and training. Many rules, standards, and procedures regarding safety have been incorporated into this occupation, making it a much more safe environment to work in.

Linemen have always taken pride in their work and continue to strive to be first rate in this trade. They remain heroes to the community in times of outages, and remain dedicated to keeping the legacy of the pioneering linemen before them alive.

North American Lineman Training Center is located in rural Tennessee, about 50 miles west of Nashville, and about 160 miles east of Memphis. The beautiful hilly terrain is lush and green in the spring and summer, changing to the beautiful autumn colors of the fall season. Tennessee is abundant in State Parks, rivers, and lakes; so if you like hunting, hiking, camping, canoeing, white-water rafting, boating, water-skiing, snow skiing, horseback riding or golfing, you have found your niche. Montgomery Bell State Park, Kentucky and Percy Priest Lakes, and the Tennessee and Harpeth Rivers are all within an hour's drive. Also, McEwen has a golf course for your convenience, or you can check out the other golf courses in the surrounding area as close as twenty minutes from town.

Being known as the ‘Home of Country Music’, Nashville is just an hour away where you can enjoy the sounds of some of the best country singers at the various venues in town including the Gaylord Entertainment Center. You can also witness stars in the making as newcomers perform at the famous Bluebird Café. Visit ‘The Grand Ole Opry’ located next to Opry Mills Shopping Center, the Country Music Hall of Fame and Museum, The Ryman Auditorium, Music Row, or the famous ‘Printer’s Alley’ for nightlife and dining. Don’t forget to visit Loretta Lynn’s Dude Ranch at Hurricane Mills. Sports fans can enjoy the games of our home teams, the Tennessee Titans football team, the Predators hockey team, or the Nashville Sounds baseball.

Over the weekend, you might want to take a trip to Memphis and visit Elvis Presley’s Graceland or the famous Beale Street, home of the Blues, just two and a half hours away. Sports fans will enjoy watching the Memphis Grizzlies, Redbirds or Riverkings sports teams in action. On another weekend you might want to drive the opposite direction to East Tennessee to Knoxville, home to the UT Vols, visit Dolly Parton’s Dollywood in Pigeon Forge or drive on in to Gatlinburg and the Great Smoky Mountains.

You will most certainly enjoy attending The North American Lineman Training Center with its peaceful rural setting and hometown flavor here in Middle Tennessee. Plan to enjoy your stay here with plenty of things to do on your days off if you choose, or you might just want to relax and enjoy the fresh air and countryside that our area has to offer you.